As discussed in Part 4 the event receivers above will create a Scheduled Work Item for the SpawnSitesJobDefinition timer job which will perform the site propagation.

There are certain situations where customers do not want to have automatic site creation in the target labels. So the option might be disabled.

In case that automatic site variant creation is not enabled, it is possible to create a variant manually using the following option in Site Manager: 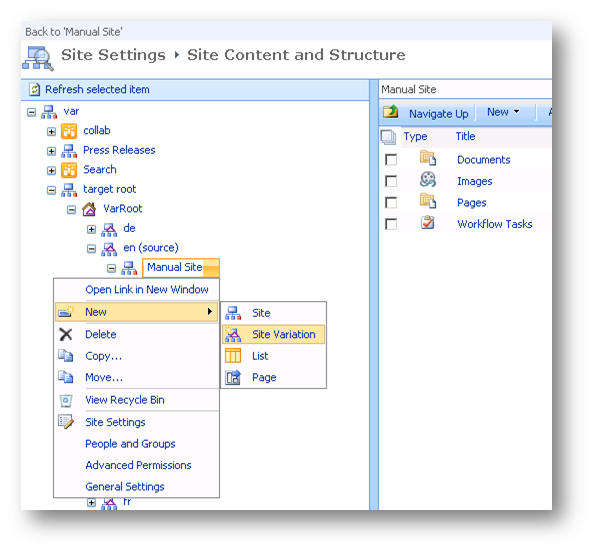 This option redirects to http://url-to-source-site/_layouts/NewVariationSite.aspx page passing in details about the original site for which the variant should be created: 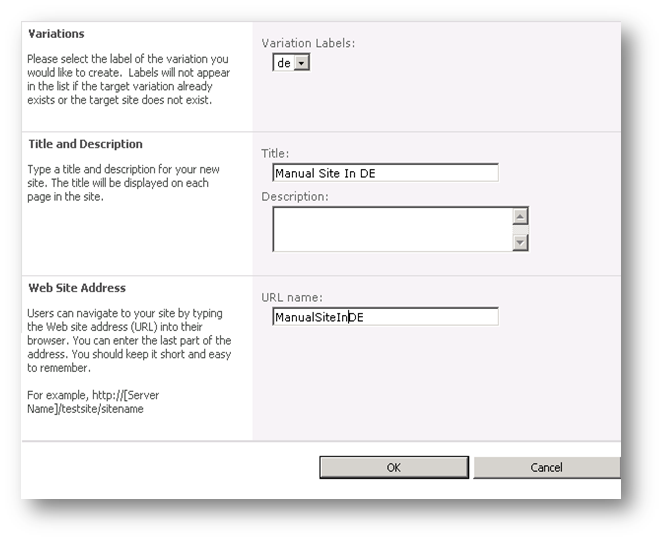 The settings chosen on the page will be passed to the CreateVariationSiteJobDefinition timer job within the Scheduled Work Item.