As discussed earlier I received a long list of warnings and errors when running the premigration check. The next entry in my list is a warning:

This warning irritated me a little bit as it is not possible to create two rights groups in the same role with the same name. So I looked at the details of this warning: 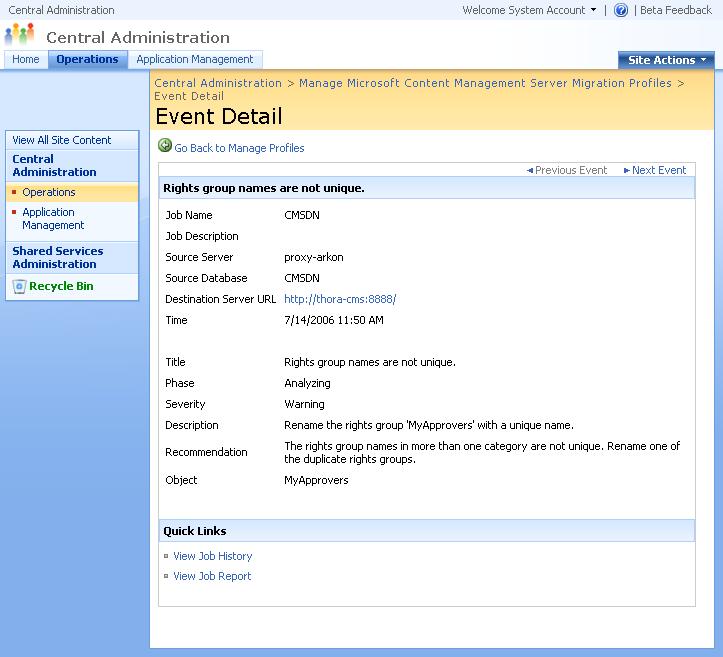 The hint in the recommendation section gave me the idea what might cause the problem although I feel that the word “category” should be replaced with user role. Because that is what I did: I created a “MyApprovers” rights group for the Editor role and a rights group with identical name in the Moderator role.

This is just a warning but it would be great if this message would discuss in more details what would happen if I ignore this warning and continue the migration without implementing the recommended change. Would MOSS rename one automatically? Would it create two different SharePoint groups with the same name? Interesting questions (feel free to post the answer as comment to this article) but for today I will rename the groups to “MyModerators” and “MyEditors” to ensure that they have a unique name.