I just tried to setup a new box with MOSS 2007. When running the setup program I noticed that I did not get prompted whether I would like to run the basic or the advanced setup. And on the Server Type screen all options except Stand-alone were grayed out: 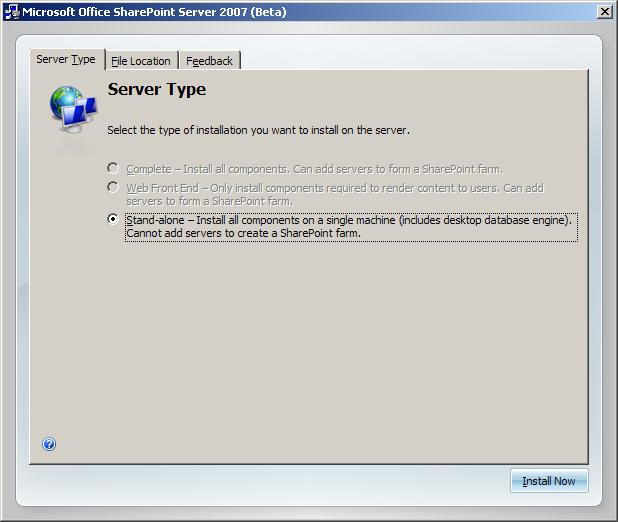 This was pretty anoying as my system should use SQL 2005 and not the desktop database engine.

Thanks to my collegue Geoffrey in the UK who pointed me in the right direction: You should not install WSS 3.0 before installing MOSS 2007. MOSS 2007 will install WSS 3.0.

After uninstalling WSS 3.0 the option to choose between advanced and basic install suddenly appeared and I now also got all options enabled: 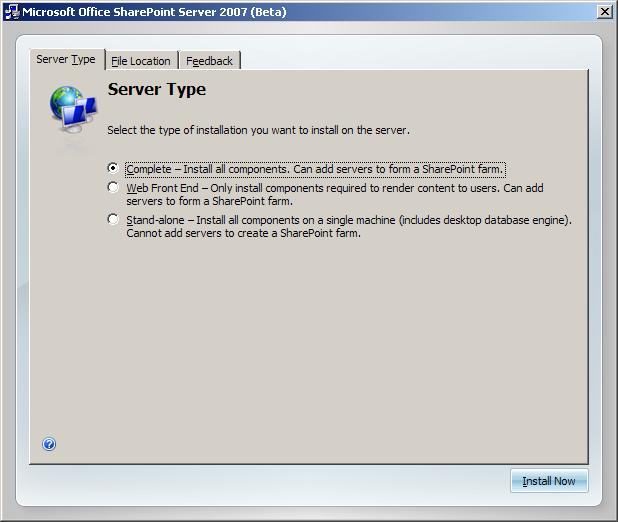